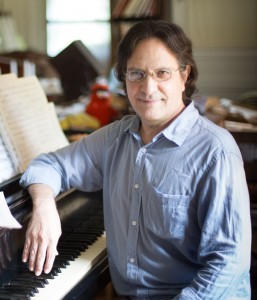 While his father was an officer in the United States Army, composer David Joseph Gleba was born in, can you believe it, El Paso, Texas, the 9th of December 1956.  Today, he sports nothing of that accent.

During Mr. Gleba’s childhood and adolescence, his family traveled extensively, including a lengthy period in Europe.

At an early age, the composer taught himself to play the pianoforte (which is a very fancy word for piano).

Mr. Gleba (also known affectionately by his students as Gangsta G and Big Daddy Choo-Choo Hot Fish) has served as organist and music director at many churches, and these experiences have given him a particular fondness for sacred choral music.  They obviously didn’t know about his nicknames!

After spending every entire night for 20 years studying the scores of Mozart and others, he taught himself to compose symphonies, sonatas, concerti, and other incredibly formal classical-type pieces.

He insists on composing in the Viennese classical style of the second half of the 18th century. If you’re lucky, you can hear him perform, but these days he only performs under duress.

He is also a prodigiously perspicacious polyglot and a delightfully disarming deipnosophist.

He teaches harmony, counterpoint, composition, pianoforte, harpsichord, clavichord, and organ at his home in Branford, Connecticut.

At the age of 12, in less than 20 minutes, he single-handedly built two of the three pyramids at Giza.